A couple of weeks ago, I was working on my Diva Challenge when I came up with what I've been calling a Betweed Flower.
The funny thing is, I was *thinking* Betweed when I first drew it, but now that I finally looked up the official Betweed Step-out, I realize it doesn't really look much like it! The foundational stroke is convex vs. concave, and it starts from the narrow rather than the wide end of the space.
Moreover, a recent Square One (Facebook) challenge introduced me to the official tangle "Cyme," which, I think you'll agree, also bears a striking resemblance.  It's not identical: Cyme's petals lack a center line, are drawn without guides of any sort, and seem to most commonly appear in sets of 5. But the overall effect is very similar.
I'm still going ahead and posting my steps, because I find "Between Flower" Much easier to draw than the all freehand Cyme. I just won't claim this as an "original" tangle!
Here is the step-out 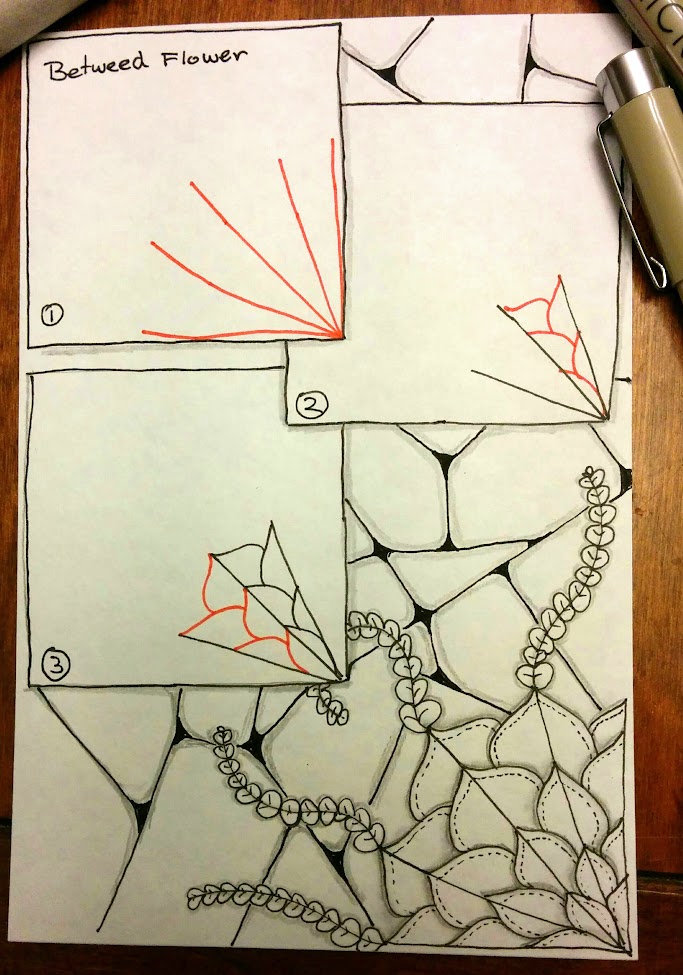 Hint: Start at the bottom of the "V" when drawing your petals and curve up.

I've been having quite a lot of fun with it since discovering it. Here are a few tiles to inspire you! 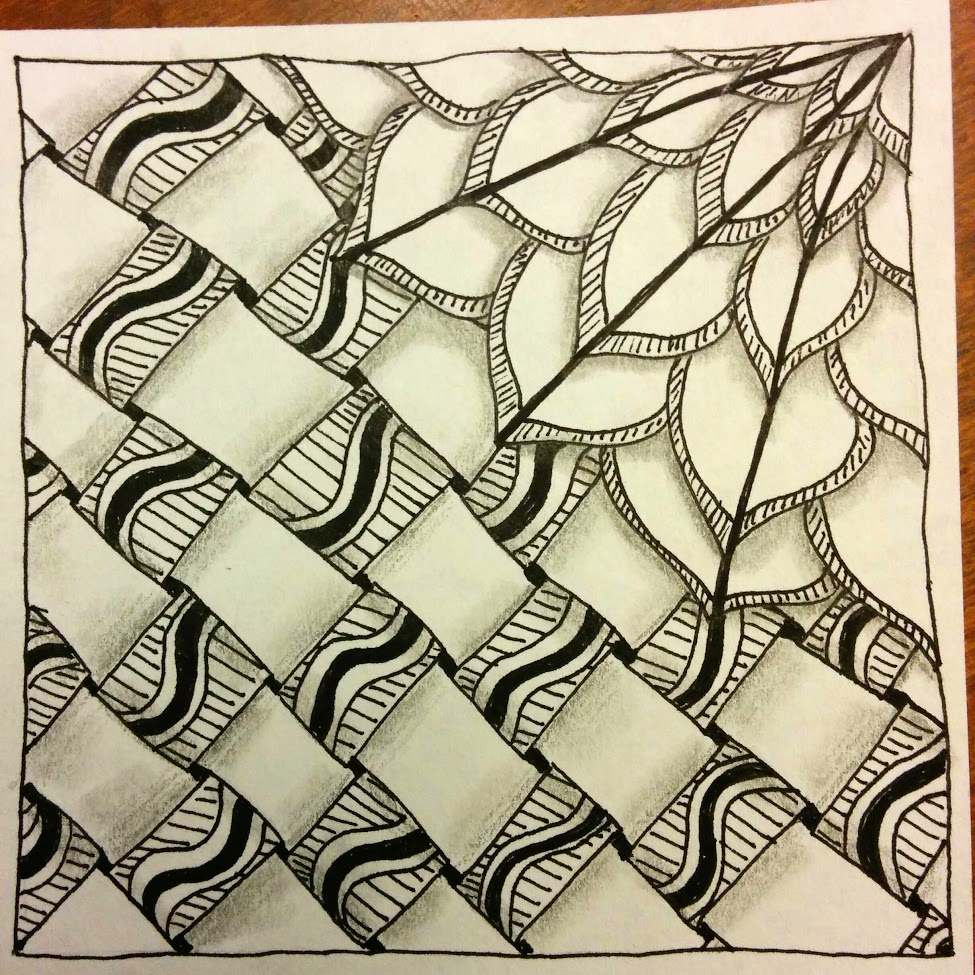 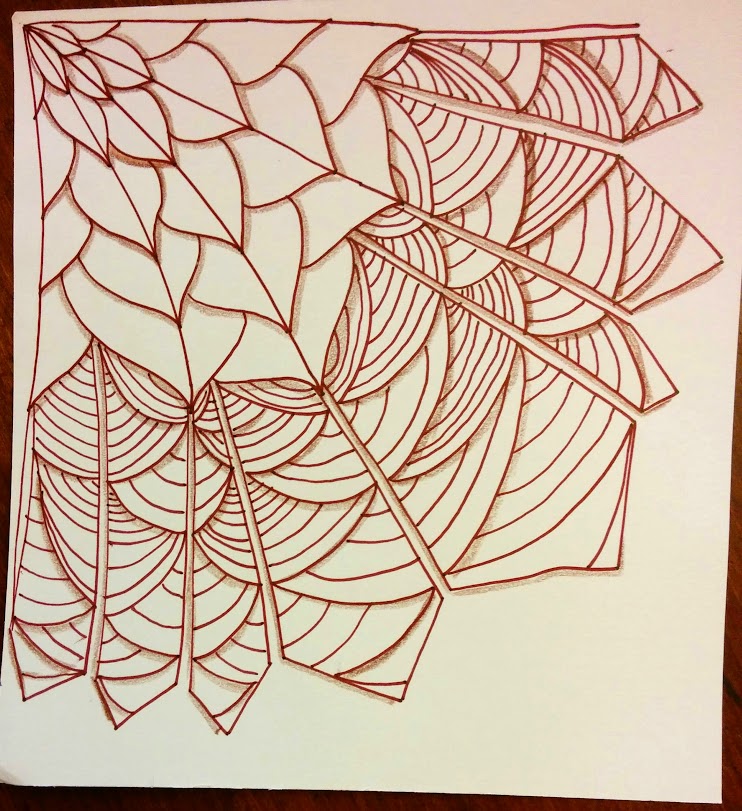 And here are a couple of unfinished sketches from by sketch book that show it can work nicely as a leaf or a full circle too - although my technique obviously needs refinement! :) 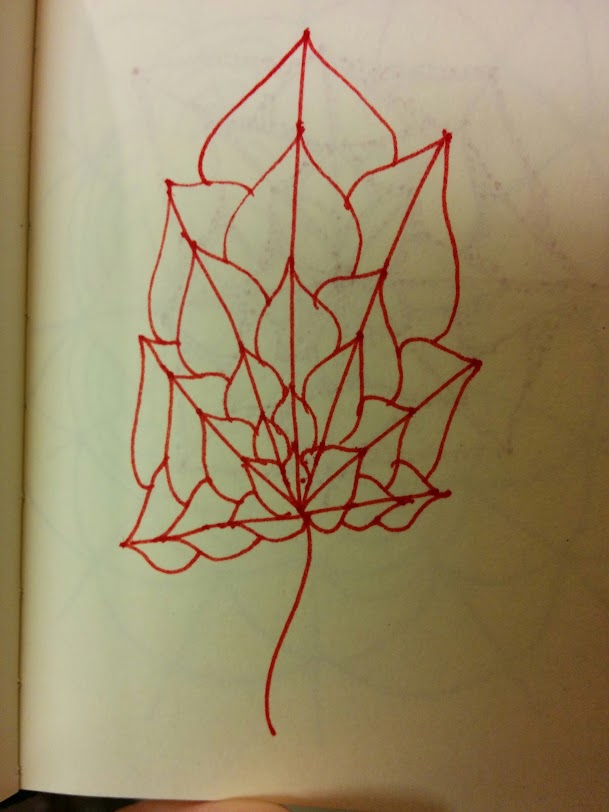 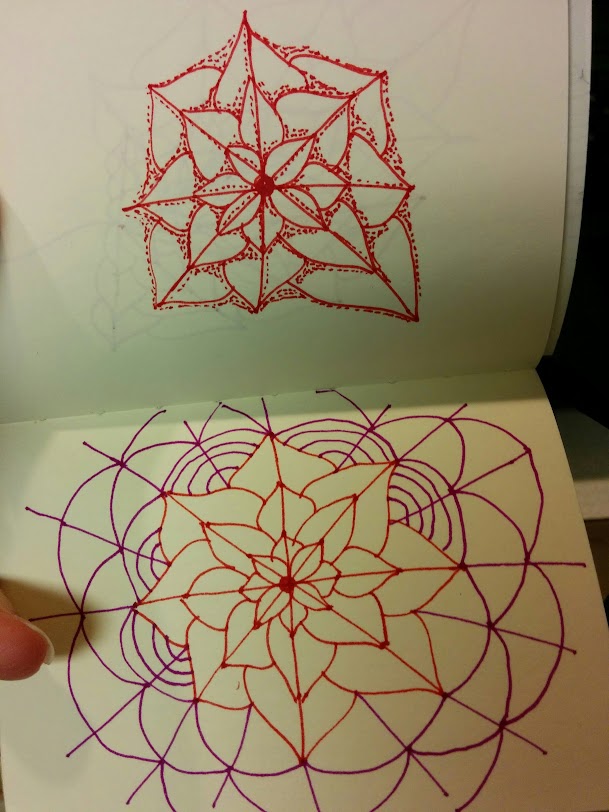 I hope you enjoy messing with this tangleation as much as I have!